Women will have achieved true equality when men share with them the responsibility of bringing up the next generation. 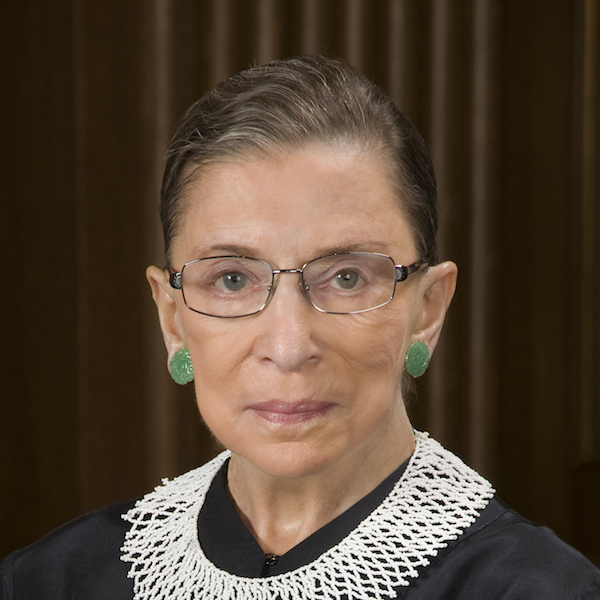 You can't spell truth without Ruth 😆. Ya'll, I've been looking forward to writing about Ruth Bader Ginsburg (RBG). She's been a Supreme Court justice since Bill (Clinton) appointed her in 1993. This is after she'd: been a law clerk, been a professor at Columbia & Rutgers, served as General Counsel of the ACLU, and lots more.

She was listed Forbes Magazine's 100 Most Powerful Women from 2004 through 2011, was inducted to the National Women's Hall of Fame in 2005, and has received an ABA medal (American Bar Associations highest honor).

In her position as Supreme Court justice, she's had several wins including: striking down a male-only admission policy at Virginia Military Institute; fighting for the right for individuals with mental disabilities to live in communities instead of institutions (related and worth your time - https://n.pr/2O2LipZ); granting South Carolina residents (that's home ya'll) standing to sue an industrial polluter for polluting the North Tyger River (never heard of the river, but it joins Broad River, which is here in Asheville). She's also not afraid to disagree, dissenting on half a dozen notable cases two decades.

RBG has been fighting for gender equality and women's rights since before I was born (she also founded ACLU's Women's Rights Project). She's a champion of human values that push us all forward, and our world is a little bit better because she's in it.

There's a lot more to Ruth ya'll. Do take some time to read more (or buy a t-shirt 😆). She is truly phenomenal...