You can succeed because of who you are. And that goes for no matter what you look like, where you come from, how you worship or who you love. 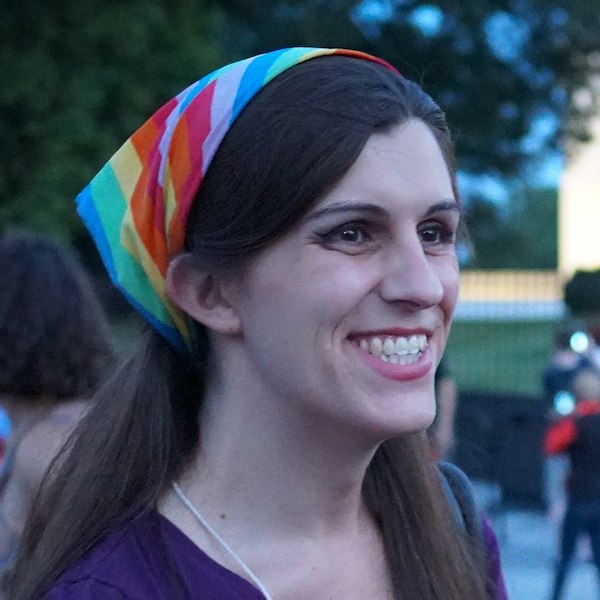 Danica Roem, our kick-ass female of the R sprint, is a journalist, a politician, and the first openly transgender state legislator. In November 2017, Roem defeated her conservative counterpart, an anti-LGBT guy who's self-identified as Virginia's "chief homophobe" and was pushing for a Virginia "Bathroom bill." Such sweet justice 😊. Danica was also a finalist for The Advocate's "person of the year" award in 2017 (if you're unaware, The Advocate is an LGBT magazine that's been around for over 50 years, and they have a podcast that's pretty good: https://overcast.fm/itunes1151561226/lgbtq-a). Last, girl was a vocalist for a metal band, Cab Ride Home.

That said, that's only her recent history. Danica was born in Manassas, VA in the fall of '84 (this is the district she serves in now), and was raised by her mom and grandfather. Roem was inspired to be a journalist by her grandfather, who told her "the basis of my knowledge comes from reading the newspaper everyday.

She served as a journalist for over a decade, which provided greater exposure to the world around her, and got her interested in how she might change it. The catalyst for her eventual dive into politics was the result of baby Bush's proposition for a constitutional amendment banning same-sex marriage. With this growing interest, she decided to run for state delegate. She was recruited by Rip Sullivan, and has said she'd not considered running...but it didn't take a lot of convincing. Now, as a state legislator, she gets to focus on her primary concerns, reducing traffic congestion on Route 28 and improving Virginia's FOIA laws.

Her victory in the previous election, as expected, didn't come without its struggles. During her campaign, she was misgendered and reminded by Bob (her opponent) that she wasn't really a woman because she'll "never be able to get cervical or ovarian cancer." 🤦‍♀️ Additionally, her identity was blamed on her father's suicide and her grandfather's inadequacy as a proper role model by a conversion therapy advocate.

All that to say, Roem's focus may be on nuanced state issues, but her mere existence has caused her and others like her tons of discrimination (Even within the LGB - sans T of course - community, there's still a fair amount of discrimination of non-cis folks). The flip-side of that is that her existence is an amazing thing for trans visibility and the transgender community over all. Having that representation in government, and in a growing number of careers, makes the world just a bit more open to younger generations still figuring things out. That gives me hope for our future.