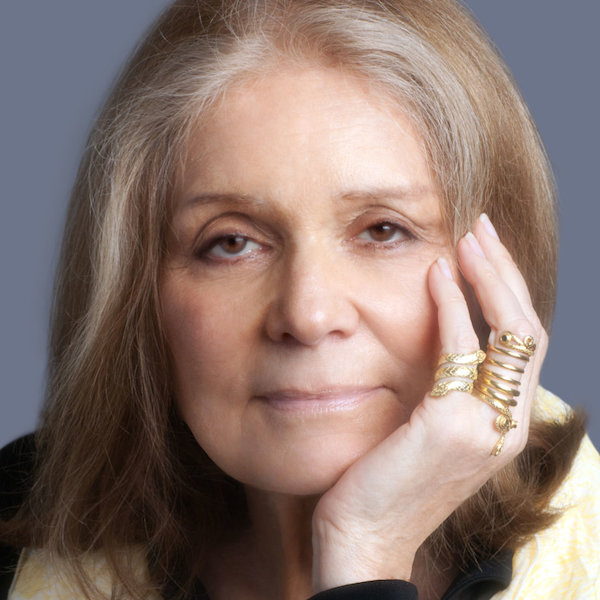 I was recently talking with a family member who told me I was "such a sweet husband" because I cooked dinner that evening. Part of me, of course, was happy because it was a nice thing to hear, but the other part wondered...would she've said a similar thing to my wife? To the best of my understanding, the answer would have surely been no, because sexism, no matter how low-key it may be, is still very much a part of our culture. That said, a key to lessening this sexism is awareness, and a lot of that awareness comes through feminism. And, it's hard to talk about that subject without mentioning a pioneer of the American feminist movement, the kick-ass woman of the S sprint, Gloria Steinem.

Gloria got her career start as a journalist, already a feminist at heart 1. Her first "serious assignment" was about contraception, where she illustrated a world in which women are forced to choose between a career and marriage. This career eventually lead her to an assignment where she took up employment as a Playboy Bunny, and later published "A Bunny's Tale," a look at the exploitive working conditions of others who shared this title 2. Her career in journalism was chocked full of stories like this, far too many to list. But, it was "After Black Power, Women's Liberation" that brought her to national fame as a a feminist leader.

This lead her to campaign for the Equal Rights Amendment (she testified before the Senate Judiciary Committee in its favor in 1970), lead her to co-found the National Women's Political Caucus (NWPC), lead her down a path of making this world a bit more fair for women (the amount of things she's done is both inspiring and overwhelming to summarize).

That said, a world that is more fair for women doesn't mean one that is unjust to men. Increasing equality is always a net win, always lifts everyone up. This, I would expect, would be an obvious statement, but when I see a quote like "If somebody can be brought down by accusations like this, then you, me, every man certainly should be worried," 3 I realize we still have a lot of progress to be made.

Anyway, Gloria helped start us down this path and is continuing to change the minds of those willing to listen. I know she's been a strong influence in my life, and I'm hoping that translates to a better tomorrow for all of us.